The Far North District Council has awarded McKay Ltd a three-year contract to maintain and renew street and amenity lighting across the District. 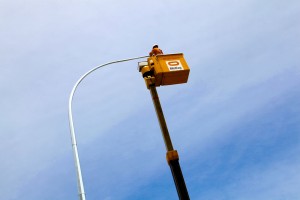 A contract for the maintenance and renewal of the Far North District Council’s street and amenity lighting has been awarded to a well-known Northland electrical company.

The Council has awarded Whangarei-based firm McKay Ltd a three-year contract to maintain and renew street and amenity lighting across the District. The contract also provides for the conversion of street lights to energy-efficient LED lighting.

The Council sought expressions of interest for lighting maintenance and renewals in June 2015 and awarded the contract to McKay Ltd last December. Since then, McKay and its staff have been obtaining the necessary certificates to work on Top Energy’s electrical distribution network which the streetlights are connected to.

Council General Manager – Infrastructure and Asset Management Jacqui Robson thanks Top Energy for maintaining the district’s streetlights for years and welcomes McKay Ltd to the District.

She also encourages people to report faulty streetlights via the Council’s website or by phoning its 24-hour Customer Contact Centre on 09 401 5200 or 0800 920 029. Contact Centre staff will lodge a Request for Service (RFS) with McKay Ltd to undertake the necessary repairs.

“We have a large public lighting network and rely on the public to keep us informed about streetlights that aren’t working.”