Northland business McKay won a multimillion-dollar contract with Hawaiki Submarine
Cable LP to build a cable landing station in Mangawhai Heads which should start operating by June next year. 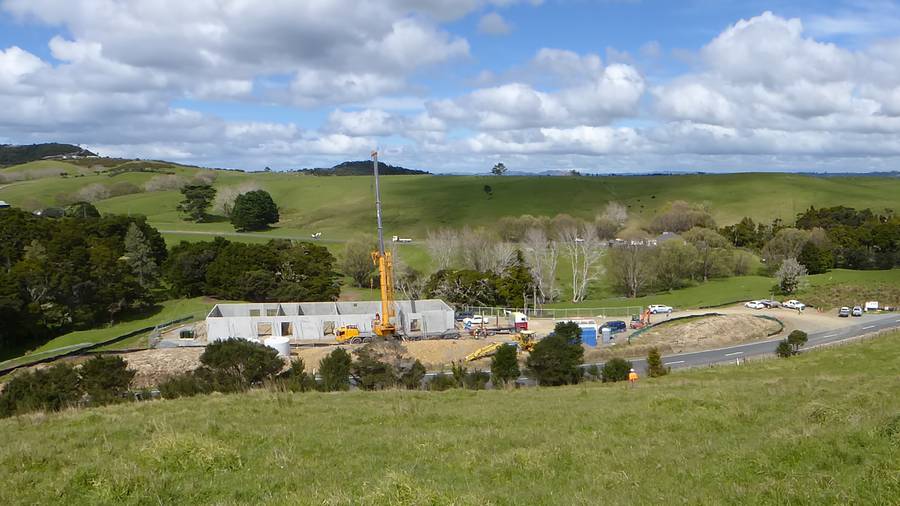 Work on a landing station in Northland for a 14,000km internet cable system is on track.

Northland business McKay won a multimillion-dollar contract with Hawaiki Submarine
Cable LP to build a cable landing station in Mangawhai Heads which should start operating by June next year.

The $400 million Hawaiki submarine cable system will link New Zealand, Australia, Hawaii and the United States and could expand to several South Pacific islands and could mean faster and cheaper access to the internet.

Under the contract, McKay is constructing the cable landing station at
Bream Tail Farm and work includes civil, building, and electrical works, and building an uninterrupted power supply and heating and ventilation systems.

Stretching from under the sand dunes north of the Surf Club inland via Bream Tail Farm, the 2km of underground pipes allow the submarine cable to connect to the land-based fibre network at their Cable Landing Station at Cove Rd.

Virtually all the duct pipe has been installed which allows the pipes to be installed with minimal disturbance to the surface and without disturbing the sand dunes.

A pre-construction archaeological survey was performed along the route in July, which identified nothing of interest.

No findings of significance have been uncovered during the actual duct route construction works.

Site preparation works for construction of the landing station started in June, and two weeks ago the contoured site turned three-dimensional with the “standing up” of 44 pre-cast concrete wall panels.

The cable will traverse the ocean from Oregon, USA to Sydney, Australia with landings in American Samoa and Hawaii – as well as Mangawhai Heads- bringing much improved internet speed and a significant capacity increase when it’s turned on in June 2018.

“We are proud to participate in the economic development of Northland and are confident that McKay will deliver this critical piece of infrastructure in the most efficient and timely manner,” he said.

The Government has provided the $15 million contribution from an appropriation set aside for purchasing an anchor tenancy on a new transtasman and trans-Pacific submarine cable.

Permitting and initial route planning for the cable began in June 2015.